Anyone who has visited or lived in Colorado knows it’s full of wonders, both great and small. From soaring mountain peaks to bustling city culture, Colorado holds something remarkable for everyone. While Colorado is full of destinations worthy of any bucket list, the journey to and from each major location is also full of excitement and intrigue. America is full of fascinating, silly, and sometimes record-breaking roadside attractions, and Colorado is no exception. Pack your camera and stop for a quick photoshoot or an afternoon of exploration. From the wacky to the wondrous, here are nine must-see roadside attractions in Colorado that will make any road trip more memorable.

These days, it seems people are building houses out of just about anything: plastic bottles, shipping containers, or even bales of hay. Donald “Cano” Espinoza took this a step further in the 1980s when he built Cano’s Castle out of beer cans, scrap metal, and other recycled materials. Cano designed the castle as a religious monument, thanking God for his survival in the Vietnam War. With four towers standing over 40 feet tall, Cano’s Castle looks over the otherwise unassuming neighborhood of Antonito. Hub caps, bicycle reflectors, and other scraps give the aluminum siding a dazzling appearance in the Colorado sun, making it well worth a stop if you’re passing by on your way through southern Colorado.

Fourteeners, sand dunes, massive red rock formations—everywhere you go in Colorado is full of larger-than-life attractions. Perhaps that’s why Tiny Town and Railroad has garnered so much affection over the years. At this century-old attraction, visitors can explore a charming replica of an Old West town. The catch is that all the buildings are—you guessed it—tiny. Visit a tiny grocery store, a miniature opera house, or an itty-bitty bank. Kids can even hitch a ride on the town’s tiny railroad, which features two operational steam engines.

The small town of Fruita, Colorado has at least one big celebrity: Mike the Headless Chicken. Mike, a Wyandotte rooster, took the world by storm in the 1940s. He was bound for the cooking pot, but he continued to live after a farmer named Lloyd Olson chopped his head off. Amazed by “Miracle Mike,” Olson signed the headless chicken up for a nationwide tour. Folks across the country paid a quarter to see the fabulous fowl. Mike lived without his head for another year and a half. Today, he lives on in the form of a five-foot-tall metal sculpture.

Colorado is home to many incredible foods, but what about incredible utensils? In the town of Creede is America’s largest fork. Consisting of 600 pounds of aluminum, the Creede Fork was a commission from the owner of a local Mexican restaurant. Why would anyone go to such trouble to put a literal fork in the road? The project was an attempt to surpass Springfield, Missouri’s Giant Fork. The 40-foot-long Creede Fork succeeded in this endeavor, which is why passersby love to stop and snap a photo before enjoying a meal at Cascada Bar and Grill.

Is there intelligent life in outer space? We can’t tell you that, but we can tell you about the UFO Watchtower in Saguache County. Just north of Hooper, you’ll find a 10-foot-tall viewing platform. While the area might not seem like much at first glance, it’s among the must-see roadside attractions in Colorado for good reason. The area’s high elevation and total lack of light pollution turn the night sky into a breathtaking sight. This is also why extraterrestrial buffs have dubbed the local highway the Cosmic Highway. Even if aliens aren’t your thing, you can still enjoy stargazing on the platform.

Did you think there was only one homemade castle in Colorado? Bishop Castle is the work of Jim Bishop. He bought the land and started building back in 1969. The original plan was to make a cottage for his wife, but Bishop kept building. Today, the castle consists of over 47,000 tons of stone, metal, and wood. Visitors can explore several notable features in and around the castle, including the towers and bridges, a grand ballroom, and even a fire-breathing dragon.

Some people collect state quarters—others keep a shelf full of shot glasses. The Baldpate Inn, however, collects keys. Over the years, this Estes Park hotel has gathered over 30,000 keys from around the world. The collection keeps growing, too. Visitors can donate a key whenever they stay at Baldpate. This practice dates back to the early days of the inn when the owners would give a key to each guest. When guests began donating interesting keys in return, a pseudo-competition emerged. Today, Baldpate Inn has the largest public key collection in the world. It contains notable entries such as a key to Mozart’s wine cellar, Frankenstein’s Castle, Westminster Abbey, and a White House bathroom.

A lumber dealer built this Lamar building in 1932, but its history dates back millions of years. The building consists of petrified wood, which is fossilized remains of trees and other vegetation. The petrified wood that makes up this building is over 175 million years old. That’s why the building boasts the oldest hardwood in the world. The building originally functioned as a gas and service station. Today, it’s home to the office of a used car dealership.

The imposing mountains and deep forests of Colorado are home to many creatures. According to some, Bigfoot is a part of this wildlife population. Whether you’re enthusiastic or skeptical about this hairy cryptid, you can celebrate its place in folklore at the Sasquatch Outpost. A mix of a supply store, museum, and gift shop, the outpost is a fun pitstop for anyone passing through the area. Learn more about Sasquatch lore and supposed sightings. You can also stock up on camping, hiking, and fishing supplies before continuing on your Colorado adventure.

No matter where your travels take you, Colorado has fun and fascinating features at every turn. As you tour our great state, be sure to stock up on our Colorado stickers and other souvenirs that are as unique as the attractions you’ll find here. 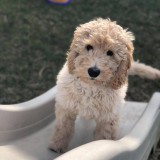